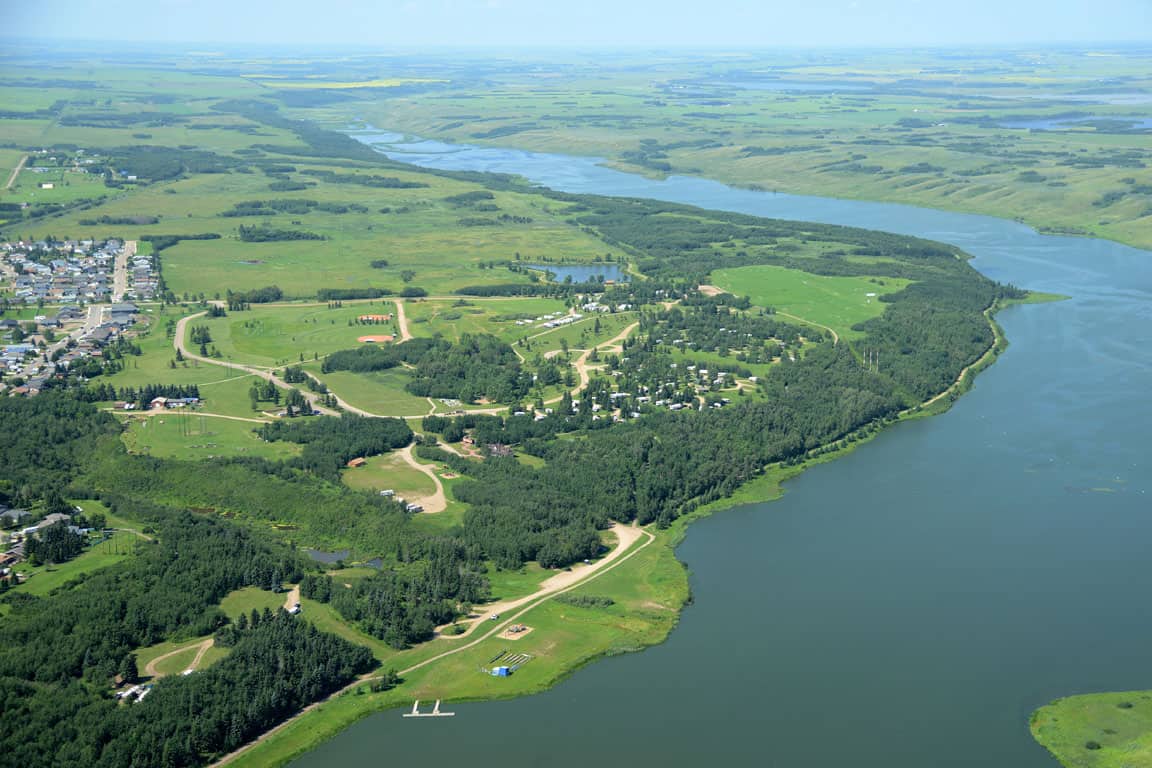 Vermilion is a town in central Alberta, Canada within the County of Vermilion River. It is located at the intersection of Highway 16 (Yellowhead Highway) and Highway 41 (Buffalo Trail), approximately 60 kilometres west of Lloydminster and 192 kilometres east of Edmonton. It was not until 1902 that a significant number of settlers arrived in this area of Alberta, mostly of British ethnic background coming from the east. Just west of Vermilion is the line between British and those of Ukrainian ethnic background having travelled mostly from west. In 1904, a post office was established at Breage approximately 5 km east of the present townsite. In 1905, the Canadian Northern Railway arrived and a station was built. The post office was relocated from Breage. Throughout the days of steam, the railway was important to Vermilion. Vermilion was used as a divisional point. It had a water tower to resupply engines, a large roundhouse, an extensive yard, a wye, a turntable, and a bunkhouse for engine crews. With the decline of steam power in the late 1950s and early 1960s, the railway became less important. In early 1906, Vermilion was incorporated as a village and then as a town later in the same year. The name Vermilion comes from the red clay found in the river valley. In fact, one of the first businesses in Vermilion was the brick factory which operated from 1906 until 1914. Some Vermilion buildings built from brick from this factory are still standing. The first newspaper to publish in the Vermilion area was the Vermilion Signal which was founded and edited by William Bleasdell Cameron. (a survivor of the Frog Lake Massacre). In 1909, S.R.P. Cooper established the Vermilion Standard, which continues to publish to this day. In 1911, the provincial government established three demonstration farms near Olds, Fairview, and just west of the Vermilion townsite. The Vermilion Board of Trade had lobbied the government for a demonstration farm and or college. When the Vermilion School of Agriculture officially opened on November 17, 1913, it became the first of the provincial agricultural colleges to open its door. The Vermilion School of Agriculture has had several name changes in the intervening years including Vermilion Agricultural and Vocational College and Vermilion College before becoming Lakeland College in 1975.