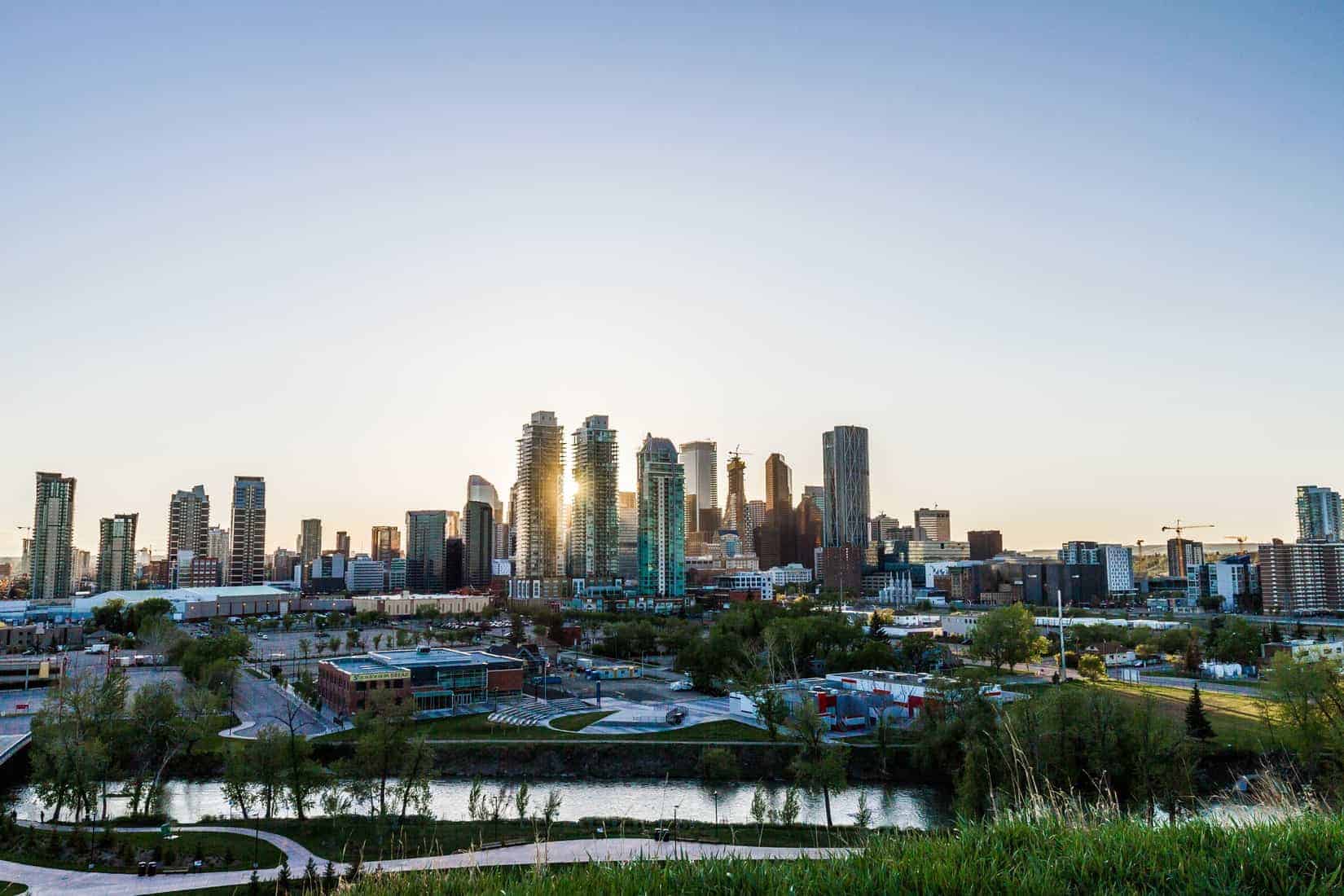 Calgary is a city in the Canadian province of Alberta. It is situated at the confluence of the Bow River and the Elbow River in the south of the province, in an area of foothills and prairie, about 80 km east of the front ranges of the Canadian Rockies. The city anchors the south end of what Statistics Canada defines as the "Calgary–Edmonton Corridor". The city had a population of 1,267,344 in 2018, making it Alberta's largest city and Canada's third-largest municipality. Also in 2016, Calgary had a metropolitan population of 1,392,609, making it the fourth-largest census metropolitan area (CMA) in Canada. The economy of Calgary includes activity in the energy, financial services, film and television, transportation and logistics, technology, manufacturing, aerospace, health and wellness, retail, and tourism sectors. The Calgary CMA is home to the second-highest number of corporate head offices in Canada among the country's 800 largest corporations. In 2015, Calgary had the highest number of millionaires per capita of any major city in Canada. In 1988, Calgary became the first Canadian city to host the Winter Olympic Games. Calgary has consistently been recognized for its high quality of life. In 2018, The Economist magazine ranked Calgary the fourth-most liveable city in the world in their Global Liveability Ranking. Calgary is classed as a Beta global city.